Astrology of a Friday 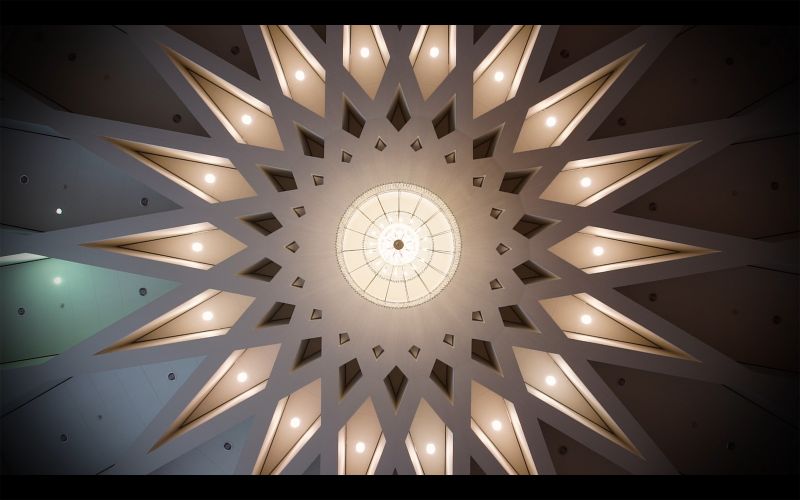 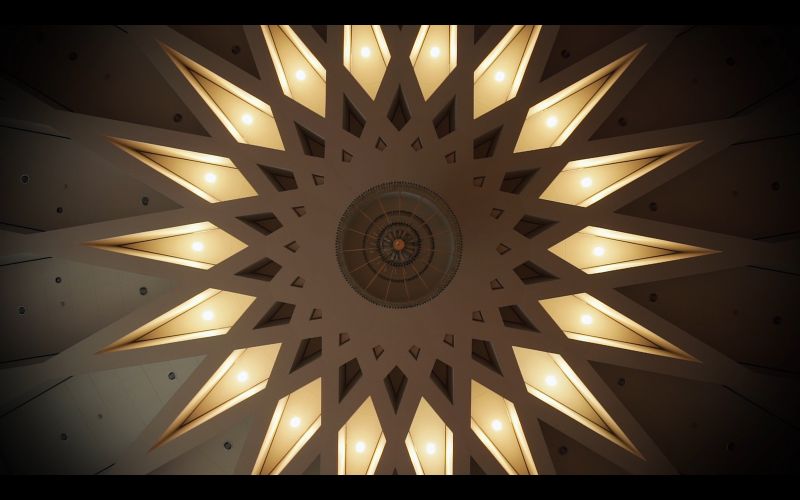 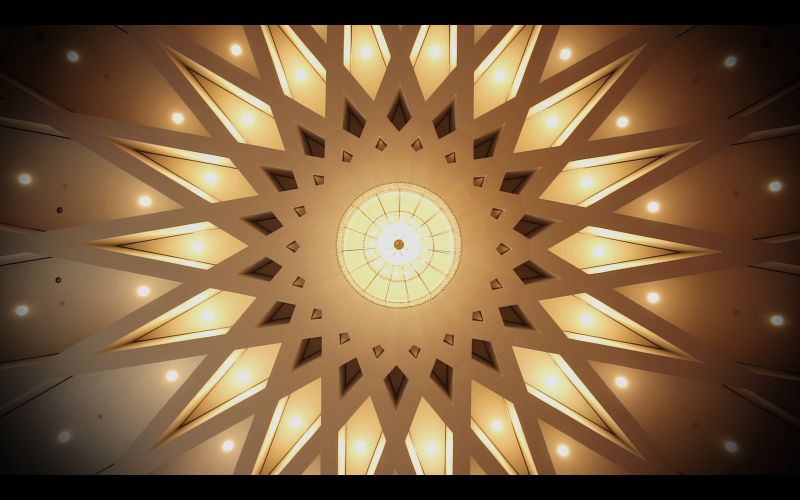 The film was shot in the General Assembly Room of the Province of Limburg’s Government Building, where on the 7th of February 1992 the signing ceremony of the Treaty on European Union (the Maastricht Treaty) took place. Whilst the lights of the eighteen pointed star ceiling perform a choreography that goes in and out of sync with the soundtrack, as it grows from a quiet voice whispering the anthem of Europe to an orchestra of sounds birthing the Union, we hear a non-European voice reading the preamble of the Treaty. The clock-wise and anti clock-wise movement of the ceiling and the psychedelic tones of the music hold the tension of something that could simultaneously be the memory of a past as well as a vision of the future.