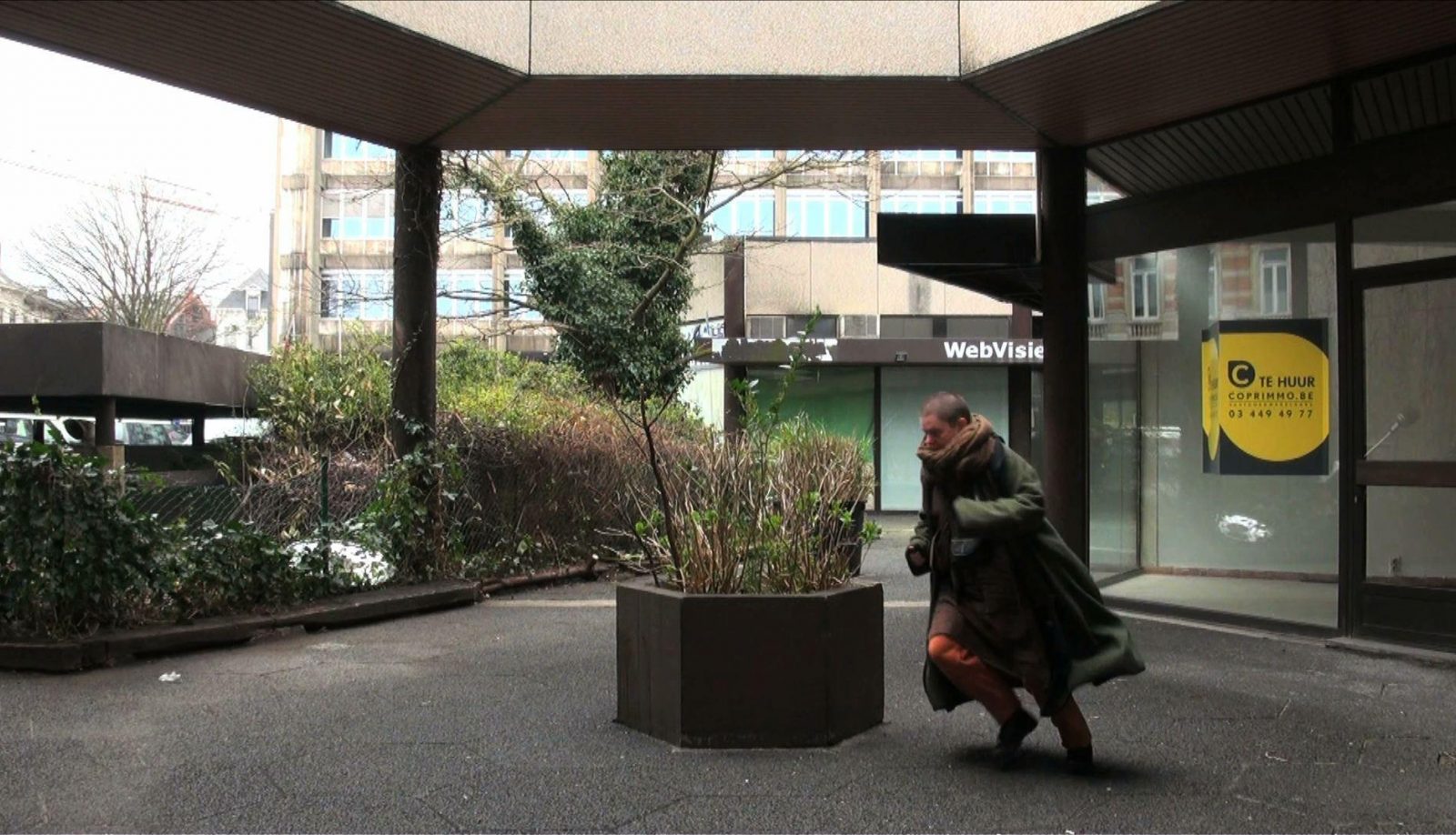 Ria Pacquée, Running Around (2015) © the artist. Courtesy of ARGOS

VIDEOBOX is a permanent space dedicated to video art, located in the cloakroom n°9 of the Carreau du Temple in Paris. The aim of this initiative is to make contemporary art circulate to new audiences, and in particular to local sports audiences, by offering contemporary art structures the opportunity to curate it.

Based on the ARGOS collection, this programme offers both formal and conceptual reflections on the aesthetics of circular movement. If looping is a prerogative of audiovisual installations and their presentation devices, circularity is also a way of expressing oneself in images. In this program, Eric Pauwels delivers great camera movements while Ria Pacquée and Lukas Marxt prefer to start from a fixed shot to record environmental interventions. The body and its movement in space are both a means of poetic expression or interaction with the urban environment, or even a way of measuring its own limits. Lights, camera, action!

Eric Pauwels, Violin Fase (1986)
Belgian choreographer and dancer Anne Teresa de Keersmaeker (1960) developed Violin Phase - the second movement of Fase, Four Movements to the Music of Steve Reich(1982) based on the eponymous composition by Steve Reich (1936). This film is a solo in two movements and four uninterrupted shots. A solo for dance and camera. To repetitive and minimalist music, de Keersmaeker explores the limits of physical exhaustion while Eric Pauwels (1953) films her in search of the essence of cinema.

Ria Pacquée, Running Around (2015)
Ria Pacquée (1954) drifts through her hometown Antwerp while intermittently encircling various objects and structures she encounters. A run down kiosk, an artificial hill with a playground slide, a battered metal curb, a hexagonal flowerpot, a concrete ping pong table. With her act Pacquée forces the viewer to closely observe, what would have otherwise been neglected. In this process a spectre appears in the banal.

Lukas Marxt, Reign of Silence (2013)
In his work, Lukas Marxt (1983) is always looking for relics of human impact on nature. Here, a motorboat enters the image from the right and, obeying instructions sent by radio, forms a spiral on the surface of the water of a lake in an alpine landscape. The boat then turns left and leaves the scene and only its wake is visible for a while.