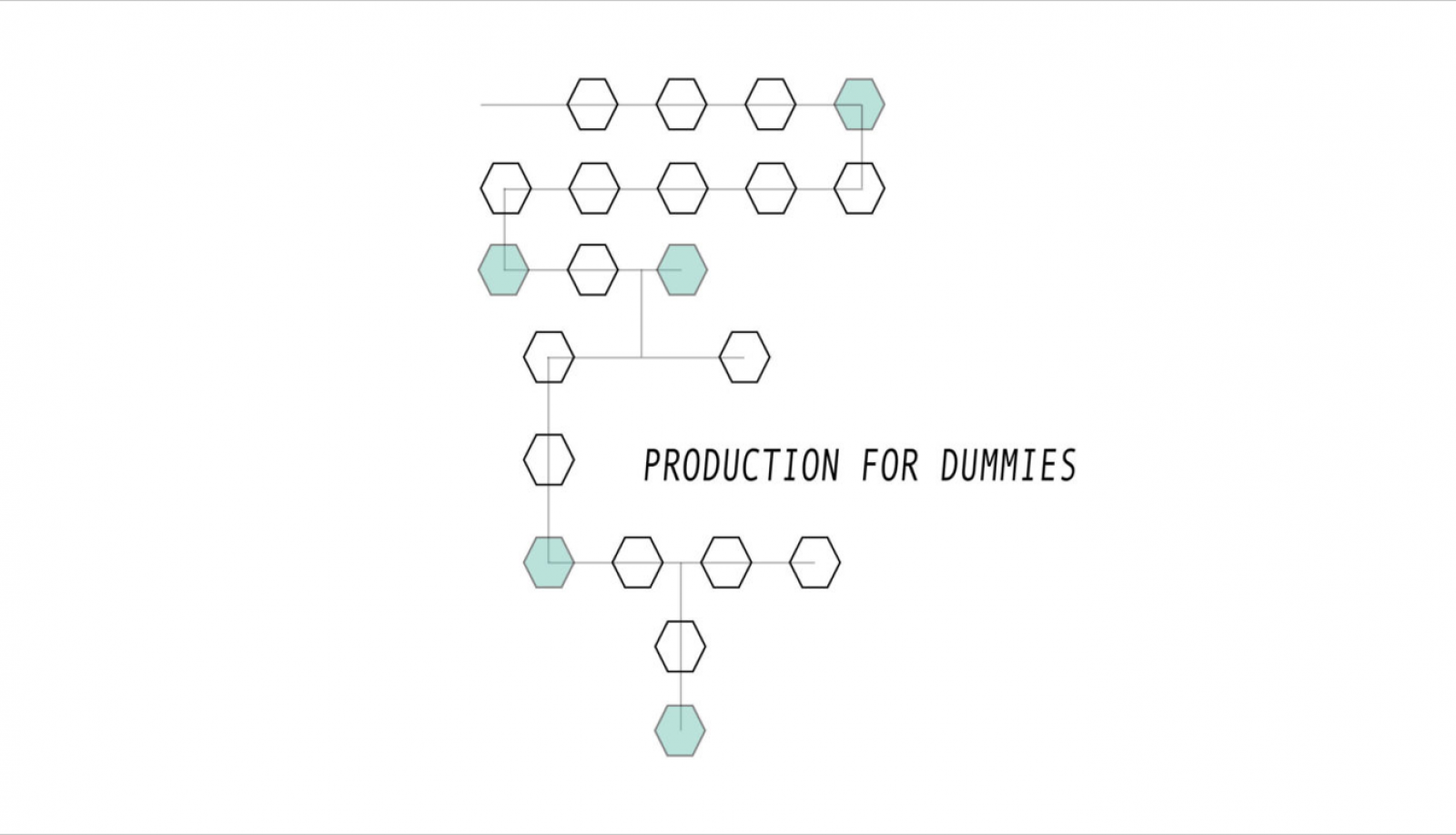 On & For: Production for Dummies

On & For: Production for Dummies is a workshop on the basics of production for students, graduates, and emerging artists’ moving image makers. It will address such questions as how to find a production platform for their film, how to define the relationship between themselves and the producer, how to make a budget or determine a suitable calendar for the production process, etc.

Production for Dummies invites you to come prepared with questions to ask our experts! Upon registration, we invite you to submit two questions that you would like to be answered. You may, of course, also ask questions at the workshop itself.

Production for Dummies will map out a general overview of the regional (Brussels) and national (Belgium) production landscape, promoting local open calls and support networks. Atelier Graphoui and ARGOS will present and discuss their knowledge and experience in production, their studios and facilities, and how they support artists.

Production for Dummies will be given by Andrea Cinel (Curator at ARGOS) and Ellen Meiresonne (Production Manager at Atelier Graphoui) and moderated by Alice Lemaire (Producer at Michigan Films).

Production for Dummies will be a live event at ARGOS centre for audiovisual arts, and because of adherence to the restrictions concerning the current pandemic there will be a limited capacity.

Attending the event is only possible by completing the registration form before 1 October.

A video registration of the event will be made available afterwards.

Founded in 1989, ARGOS is a Brussels-based institution for the production and advancement of critical audiovisual arts, as well as its conservation and restoration. It makes exhibitions and programmes, distributes moving image works, and builds, preserves, and discloses a prominent collection of artist films and videos.

Atelier Graphoui is both a collective of cinematographers and an audiovisual production workshop and creative center. It’s an authentic sound and image laboratory, active in the field of production since 1979, with the support of the Wallonia-Brussels Federation. Atelier Graphoui welcomes new projects, guides them through the various production stages, and facilitates their dissemination through their distribution activities.

Michigan Films is not a business, rather it is a tool shaped by those who use it and which exists solely for the purpose of making films. Michigan Films welcomes filmmakers who are passionate about cinema and helps them through the entire process of production of their film so that it can bring independent work to light.

On & For: Production for Dummies is kindly supported by ARGOS and Atelier Graphoui and made possible by the Flanders Audiovisual Fund (VAF).

On & For Production and Distribution is initiated by Auguste Orts (BE) in collaboration with Kaunas International Film Festival (LT), LUX/LUX Scotland (UK), and Nordland Kunst -og Filmfagskole (NO). With the support of the Creative Europe Programme of the European Union.