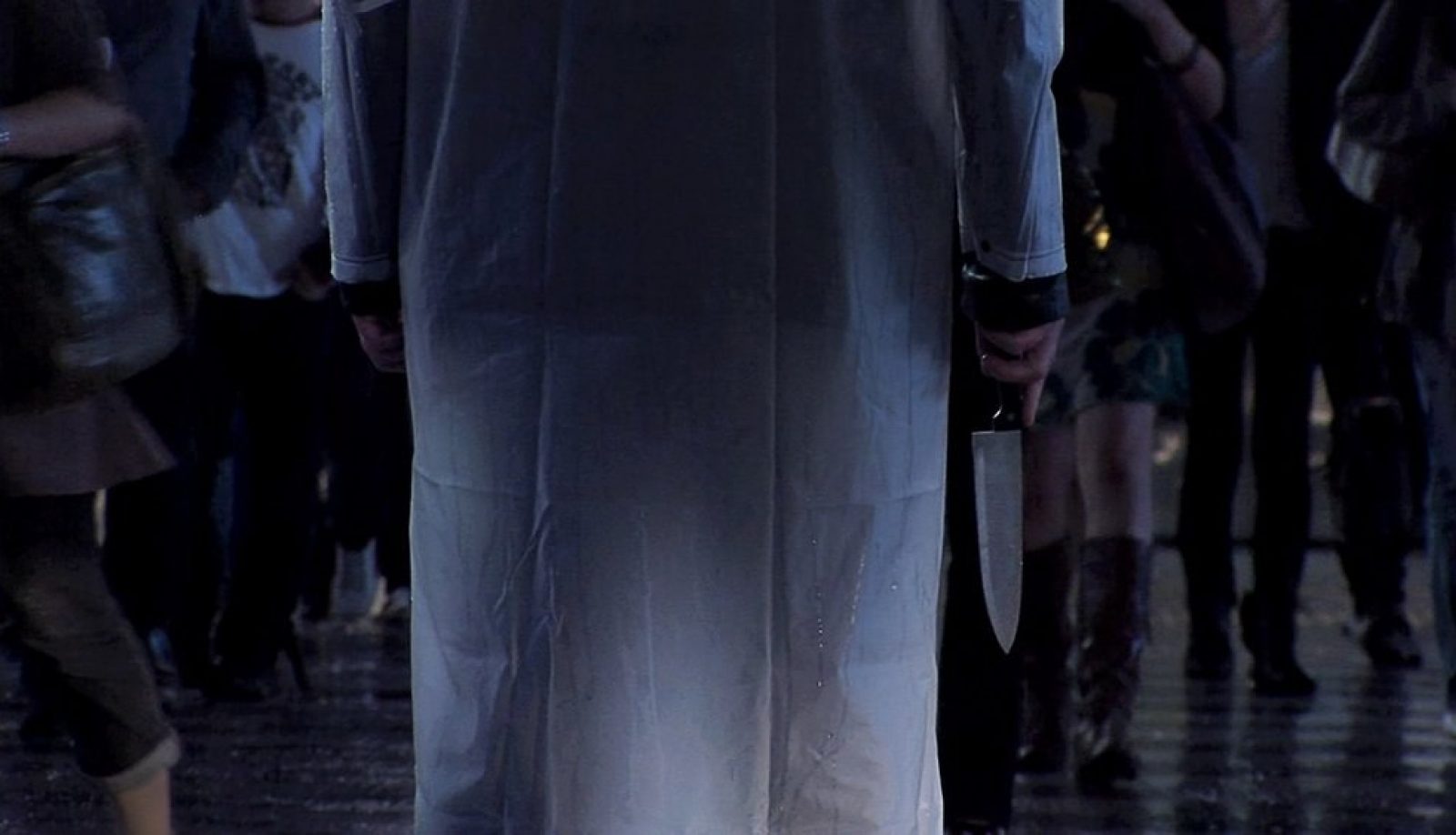 Nicolas Provost's Plot Point trilogy subverts dramaturgical conventions, presenting pedestrians he catches on camera as film protagonists. In Tokyo Giants, the final part of the trilogy, he takes his hidden camera to the hyperkinetic streets of Tokyo in search for the mystery of reality. The paths of a number of archetypical Japanese pop cultural protagonists’ cross and merge into a powerful climax that cannot be resolved.