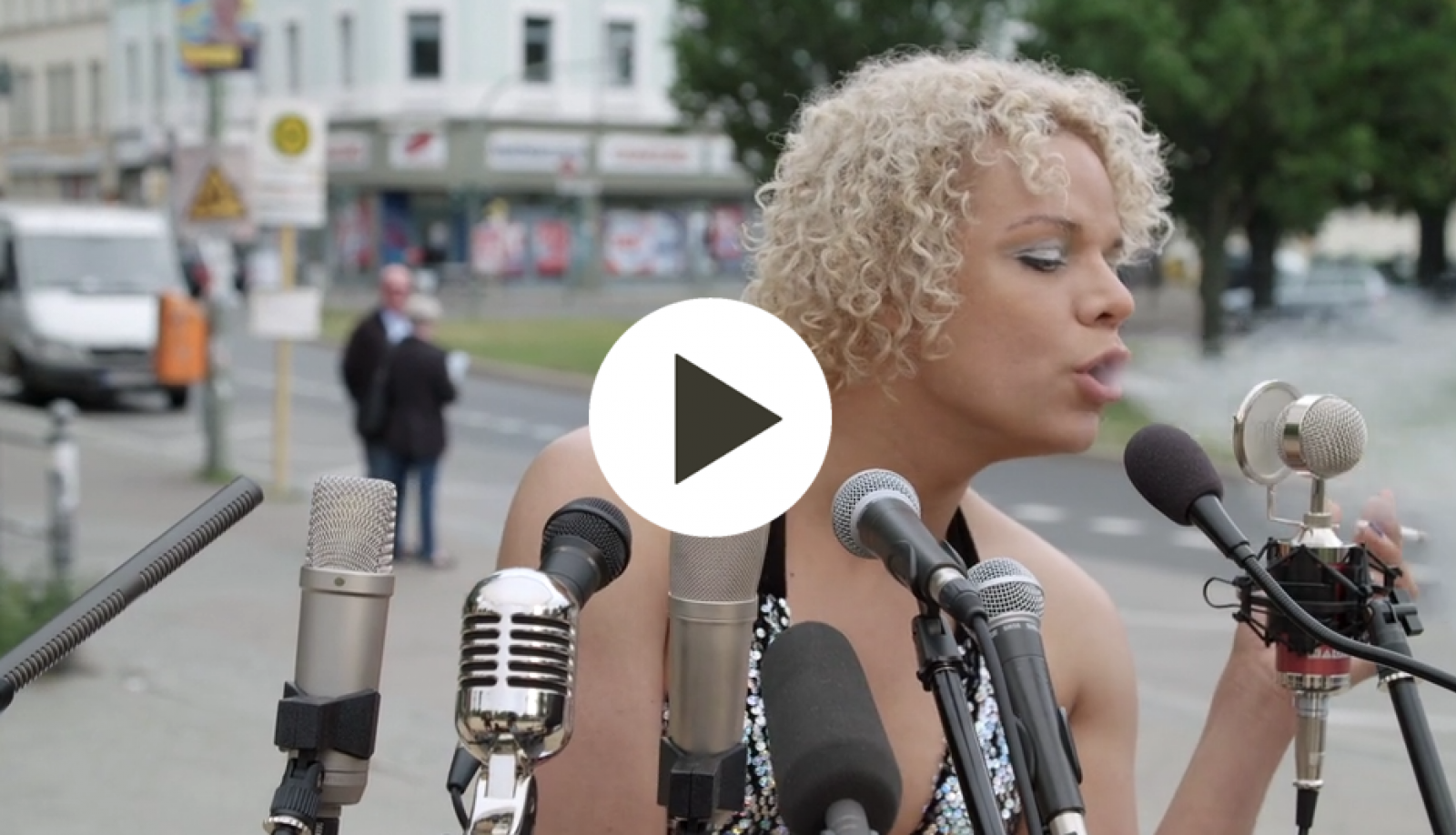 "During this year of isolation our productive energy has been stifled, our motivation repressed by the pandemic, and simultaneously we’ve heard the call to protest, to voice our discontent, to demand justice. This tension drew us to Silent (2017) by Pauline Boudry and Renate Lorenz as it reflects silence as a form of protest, a denial-of-service as resistance, but also a suppression of the freedom to speak, the hand covering the mouth of the oppressed.

Musician Aérea Negrot’s rendition of John Cage’s iconic score 4’33” as she stands in front of a forest of microphones, as if for a press conference, amplifies the sense of anticipation and evokes silence as a form of civil disobedience in political arenas. The stage is set on Oranienplatz in Berlin, where a refugee protest camp took place between 2012 and 2014.

This performance is followed by a song composed for the film. In both we recognize an urge to challenge the normalization apparent in unspoken (but deeply felt) forms of bias and bigotry. The artists are seeking the point of contact between the defiant act of silence, and the act of breaking the silence, as representative of emergent forms of political dissent, but also the power of vulnerability and unapologetic desire."

Pauline Boudry (b. Switzerland) and Renate Lorenz (b. Germany) have worked together since 2007. They live and work in Berlin. https://www.boudry-lorenz.de