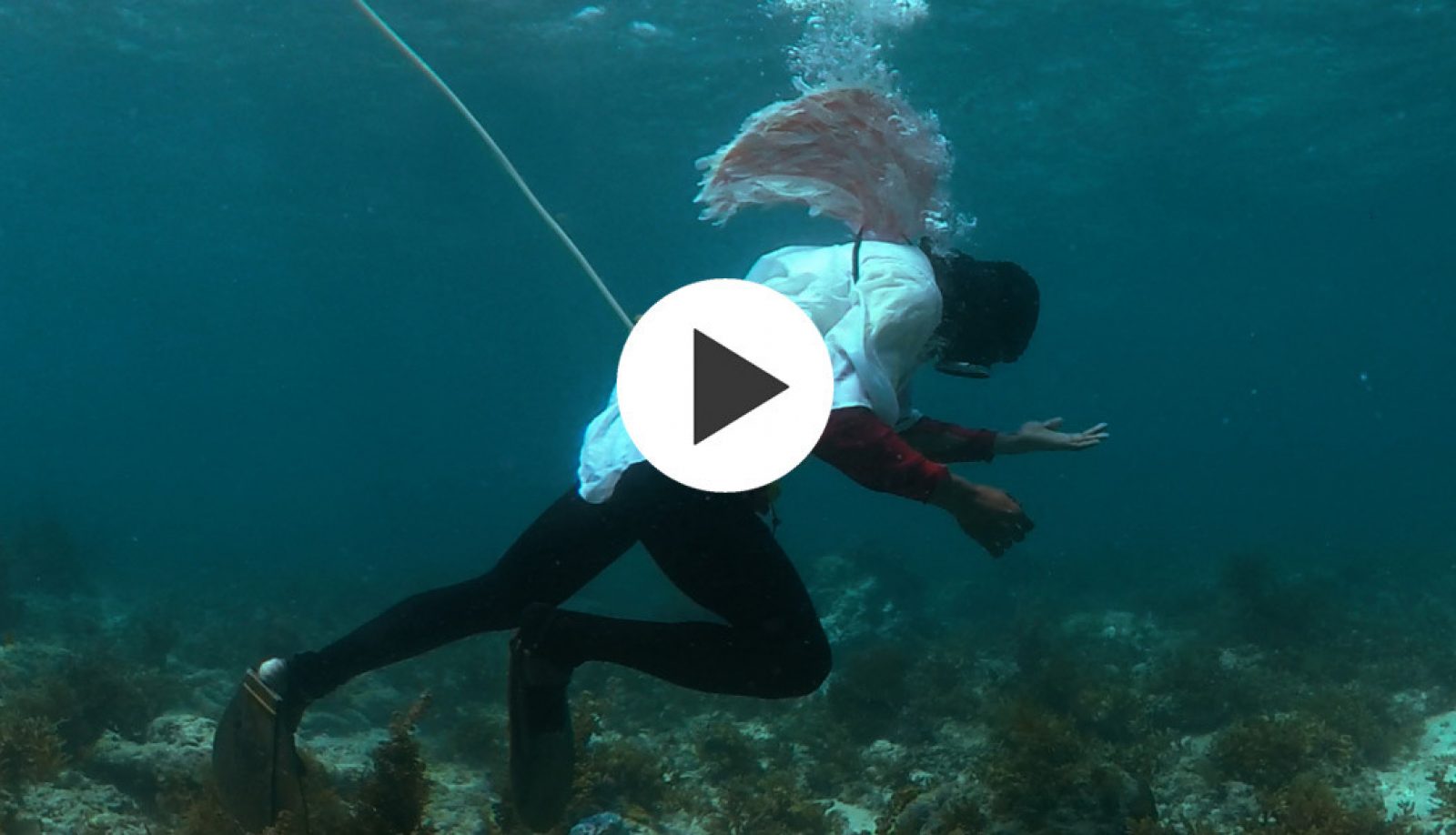 "This screening series comes at a time when the COVID-19 pandemic spreads fast across national borders and continents. It’s then no surprise that many of the works in the programme explore the darker forces underpinning an increased global interconnectivity. Beatriz Santiago Muñoz’s camera in Marche Salomon (selected by PIVÔ, São Paulo) captured the ironies of post-colonial conditions in the Caribbean; whereas the uncanny urban landscapes in David Hartt’s The Republic (presented by MOCA Toronto) connected the dots between Athens and Detroit, two cities whose irreversible decline is marked by capitalist failure.

Shot in the waters near Bantayan Island (Philippines), Martha Atienza’s hallucinatory video work Our Islands 11°16’58.4″N 123°45’07.0″E (2017) recreates a religious procession on the ocean floor. Wearing original costumes from local parades, a group of divers travels sluggishly across the damaged coral. The surreal entourage includes figures ranging from a climate refugee affected by Typhoon Yolanda to an infant Jesus, a boxing champion or a drug dealer followed by President Duterte’s anti-drug squad. The grey and barren ocean floor is testament to the enormous social, economic and environmental changes affecting the region. As the island’s ecosystem is increasingly under threat, its inhabitants are forced to abandon their homes and livelihoods to look for opportunities elsewhere."

Martha Atienza (b. 1981, Manila) is an artist based in Bantayan Island, Philippines.