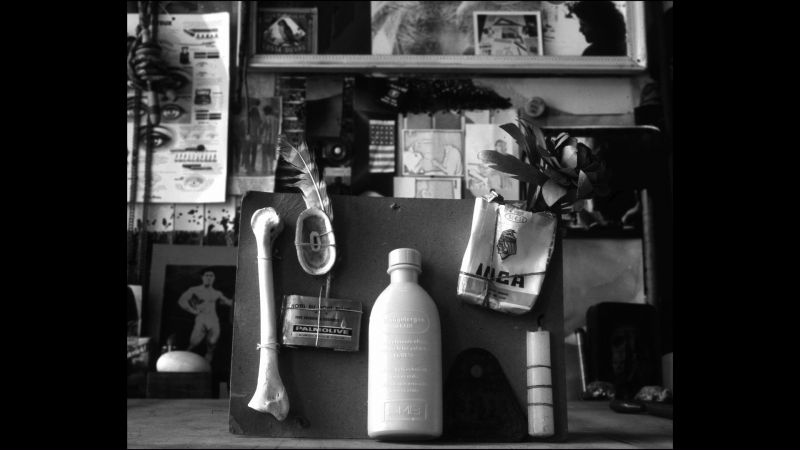 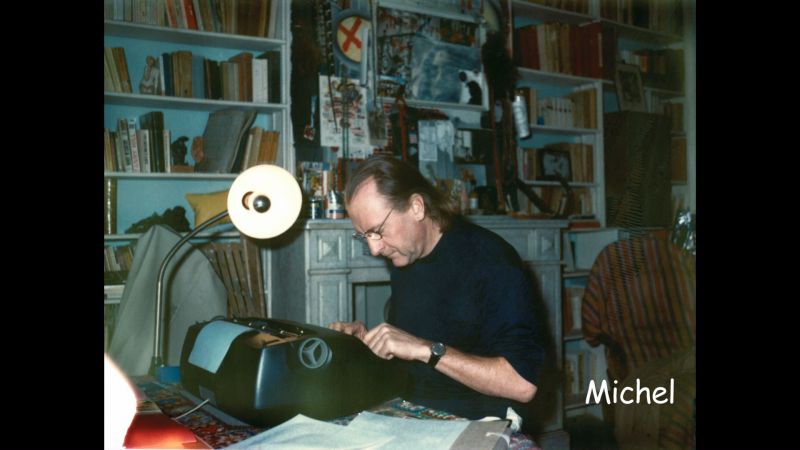 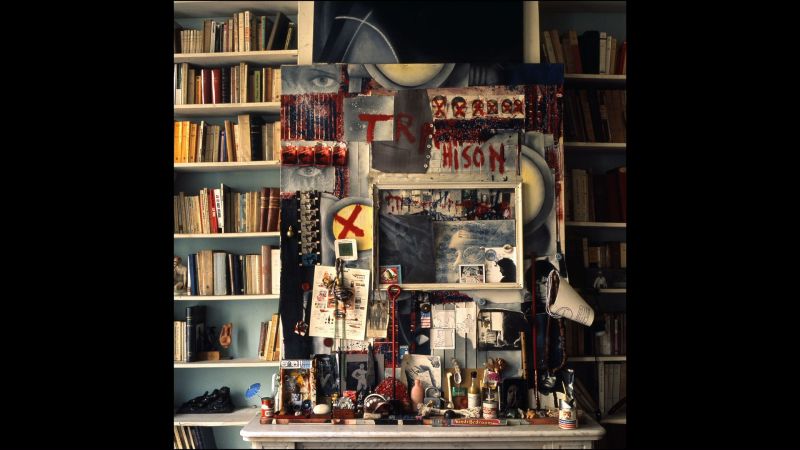 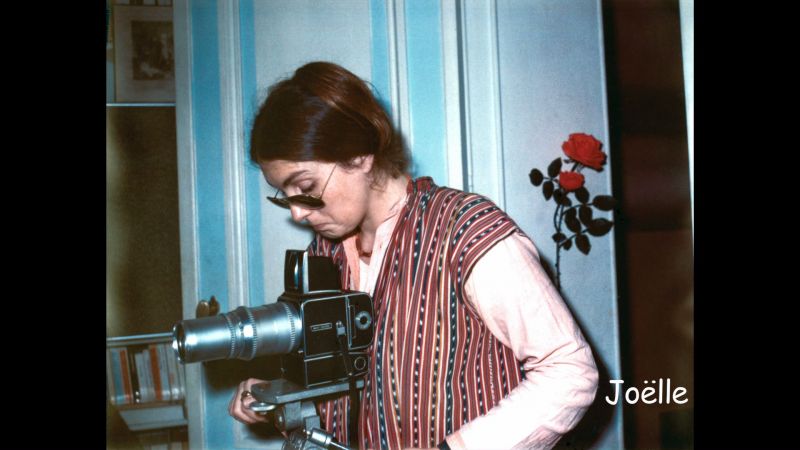 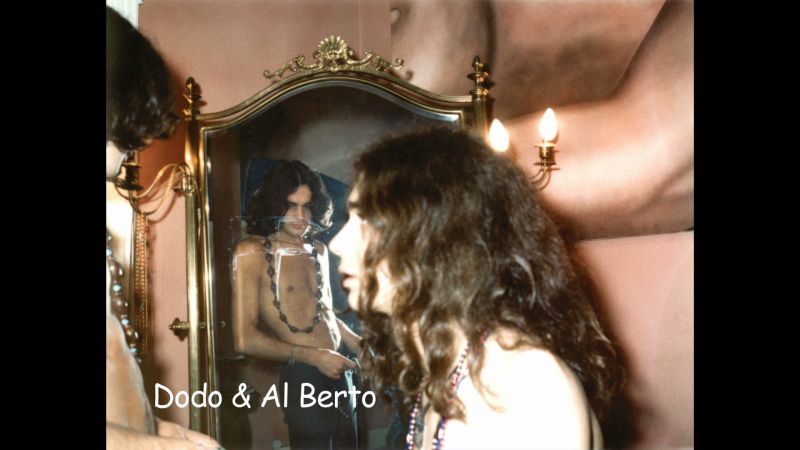 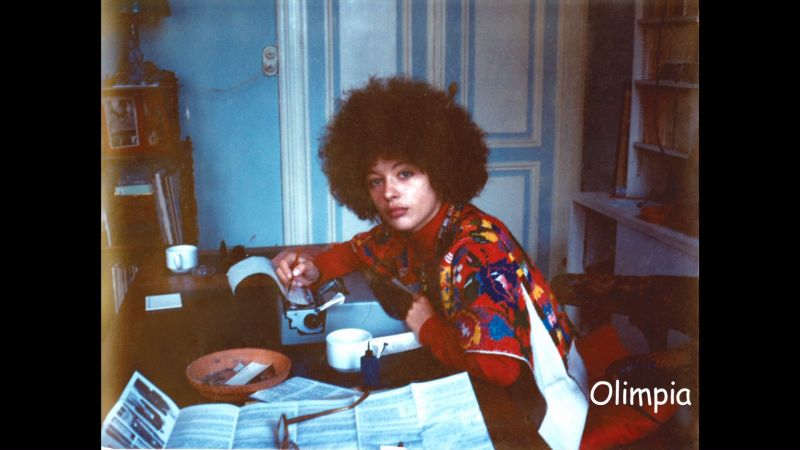 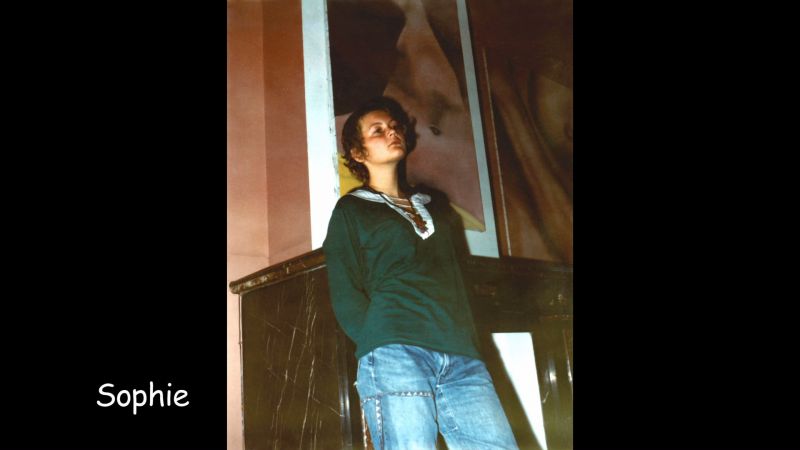 Without trying to explain or comment upon the images, the film Dans la Maison (du Montfaucon Research Center) aims simply at bringing to view documents surrounding the person of Sophie Podolski within the Montfaucon Research Center in Brussels, from 1969 until 1973. Podolski was a frequent visitor of the house  over the timespan of these five years. We hear her voice improvising, heart-warming and poetical: “Je ne suis pas un poète mais un poème inachevé…” (“I am no poet yet an unfinished poem…”). We get to see pictures of her, the drawings she made, and a musical score to celebrate her adolescent ingenuity.

In this first part, we get a detailed description of the house in Ixelles, empty of characters, with the exception of two cats. This scenery, or large still life, is filmed on a summer’s day in 1973. The small group of artists who proclaim themselves “Montfaucon Research Center”, about to leave this founding place, do they want to keep its souvenir, more or less consciously? We also get the impression that they are testing the Arriflex camera with an outdated roll of 16mm film before leaving to make independent films in South America. At the same time they offer one member of their group, dreaming of becoming a film director, an opportunity to practice.
Forty-four years later, the rushes of this shooting are found in a metal container and will be digitized. Before long, they will be used in the composition of a new and youthfully fresh film.
The rushes of the rue de l’Aurore are used in their entirety and completely untreated, exactly like they left the container. All the little ‘accidents’ while filming are left untouched, and are even emphasized by ‘slow motion’ effects that give an impression of sleepwalking and a yearning while traversing the deserted house.

In this décor, the soundtrack consists of archival footage from that era: the off-field voices of certain residents of the house – artists and poets of the Montfaucon Research Center – and most importantly the voice of Sophie Podolski, to whom this work is dedicated.

At different points in the dreamlike, black and white description, colored Polaroid photographs emerge showing the main or secondary characters that populate the house. All are captured in the same setting, a unity of place.
The identification of these characters is facilitated by their first names appearing on the screen, just long enough to be read. These are the only comments allowed in a story that refuses to be told.
The soundtrack behind the Polaroid pictures is assembled out of Jacques Lederlin’s music.

The second part of the film shows some forty drawings of Sophie Podolski, not per se as in a catalogue, but rather as in a dream. A dream carried by the music of Jacques Lederlin, as their sole companion.