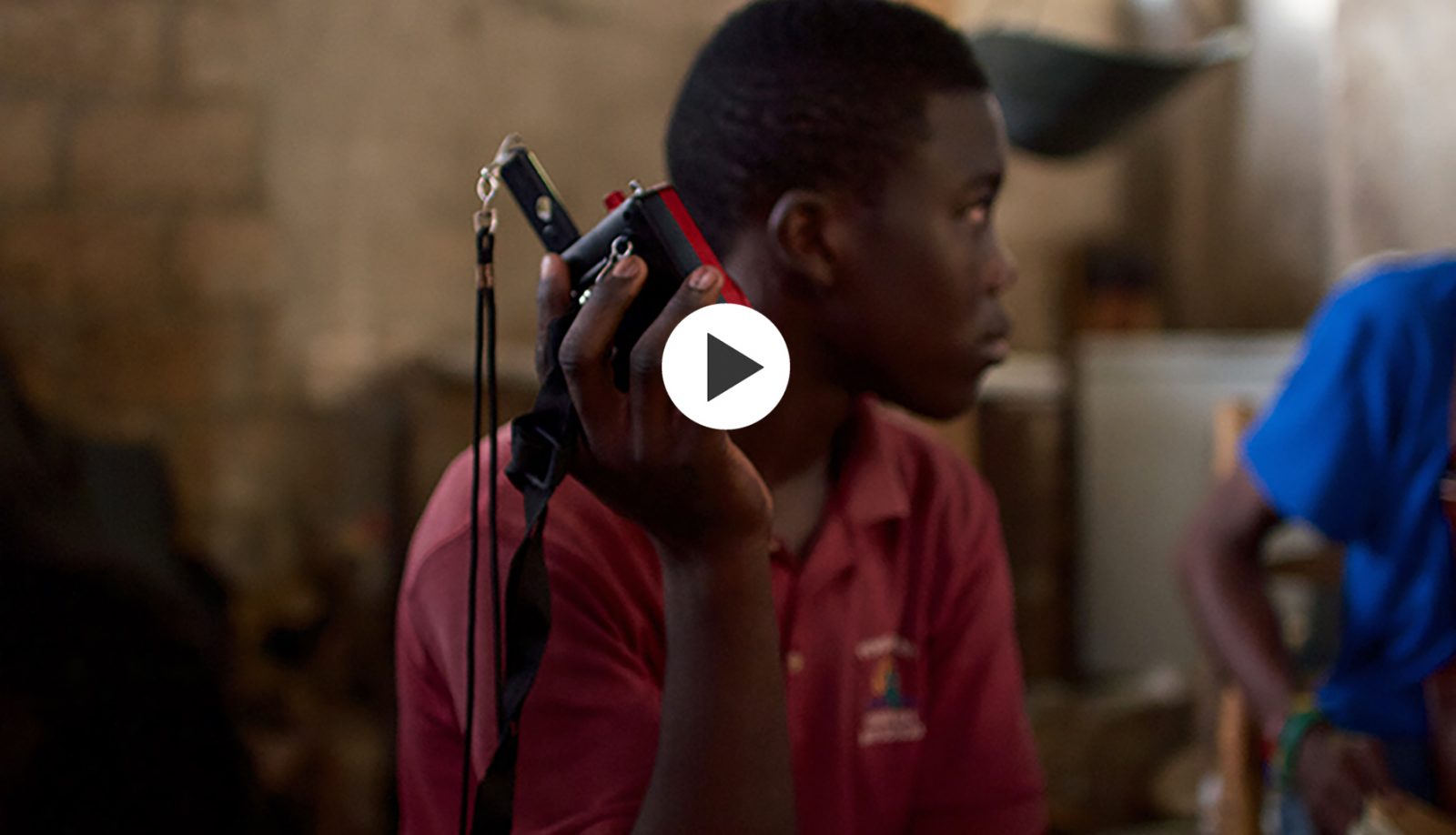 "Marché Salomon follows the routine of two young workers in a busy Port-au-Prince open-air market, Marché Salomon. The youngsters embark on a conversation about the potential mystical properties of the products sold in the Haitian market while performing their daily tasks as meat vendors. The characters physically interact with objects in search of something else: “The only living things are the flies!”, one of them says at some point after waggling a goat’s head.

We thought about this work in response to Miguel Calderon’s Camaleon because both films depart from specific characters to build social portraits revealing a particular context without recurring to stereotypes. Beatriz’s camera, like Miguel Calderon’s, moves slowly and deeply investigates their subjects’ surroundings and peripheral elements while we hear their stories and digressions. Both films are rich entanglements of places, personalities, history, and time."